Please scroll down for track samples.  CDs cost £10 each plus postage. To buy a CD, or for more information, please email your request. 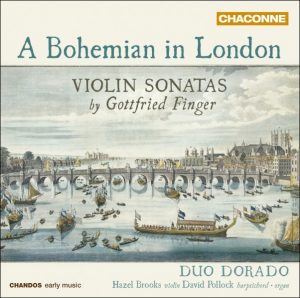 A Bohemian in London: Violin Sonatas by Gottfried Finger

Finger (c.1655-1730) was born in Moravia, but settled in London where he worked at court and in the theatre alongside Purcell. Like his character, Finger’s music is bursting with colour and imagination, a kaleidescope mix of Bohemian, English and fashionable Italian elements. A groundbreaking recording, few of these sonatas have been heard in modern times. The violin is accompanied by harpsichord and organ. 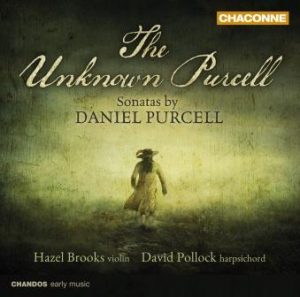 Music for violin and harpsichord by Daniel Purcell (c.1670-1717), the talented, charismatic yet much-neglected young relation of Henry Purcell. This disc contains a number of premiere recordings of works from manuscript sources such as the sonatas from BL Add. MS 31466, as well as the 1698 published sonatas and the wonderful Chaconne from The Division Violin, described by BBC Music Magazine as ‘hypnotic and harmonically scrunchy’!
(CHAN 0795) 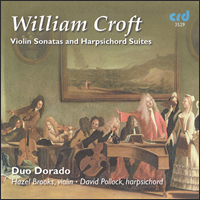 William Croft (1678-1727) was a distinguished English composer who knew Purcell in his youth and later overlapped with Handel at the English court. His unjustly neglected violin sonatas have never previously been recorded all on one disc. The CD also contains the world premiere recording of an anonymous 7-movement sonata from the same period. This astonishing piece contains the earliest known example of a virtuoso obbligato harpsichord part in an English violin sonata.
(CRD 3529) 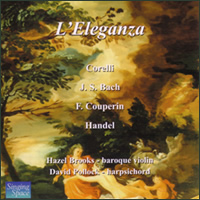 This explores the seductive and sensuous sound-world of the French baroque harpsichord. The CD features music that would have been heard at the royal court, culminating in Royer’s virtuosic and superbly decadent Marche des Scythes.
(London Independent Records, LIR006) 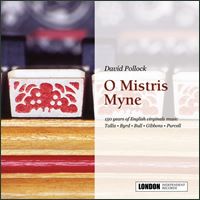 A chronological recital of the best of the English virginalists played on a fine muselar virginals with its richly indulgent sound. The title refers to Byrd’s sublime variations on a popular Elizabethan love song.
(London Independent Records, LIR005) 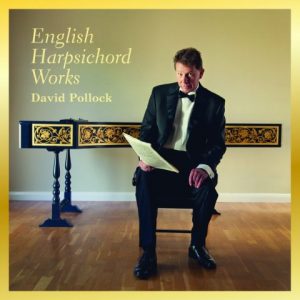 An anthology of English harpsichord music from the seventeenth century, featuring the greatest keyboard composers of the age.  The quarter comma meantone temperament used throughout offers a richness of sound that is lost in later music.
(MMC 112)

‘very illuminating and played with great clarity and good sense of style and swing … an admirable introduction to the English keyboard repertory.’ Early Music Review